In 1874, the modern game of tennis was brought to the Untied States by Mary Outerbridge, who had seen the game played in Bermuda while she was on vacation.  She returned to America with nets, balls and rackets, and set up the first tennis court at the Staten Island Cricket and Baseball Club in New York.  At that time the game was know as lawn tennis, since it was primarily played on grass courts at private clubs throughout the East.  The game spread rapidly and was immediately considered a suitable game for women.  Smith College introduced tennis into its curriculum by 1881, and they formed the very first intercolleiate club.  That same year, the United States Lawn Tennis Association was formed to govern the sport, and by 1887 the first national tournament was held for women. While women initially competed in the best of five sets, like the men, in 1902 they switched to the best of three sets, where it still remains today.  Because of its roots in the country clubs and private clubs of America, tennis has been seen as an elite sport played primarily by the upper class, and the dress codes surrounding the game have made it a proper sport for "ladies". 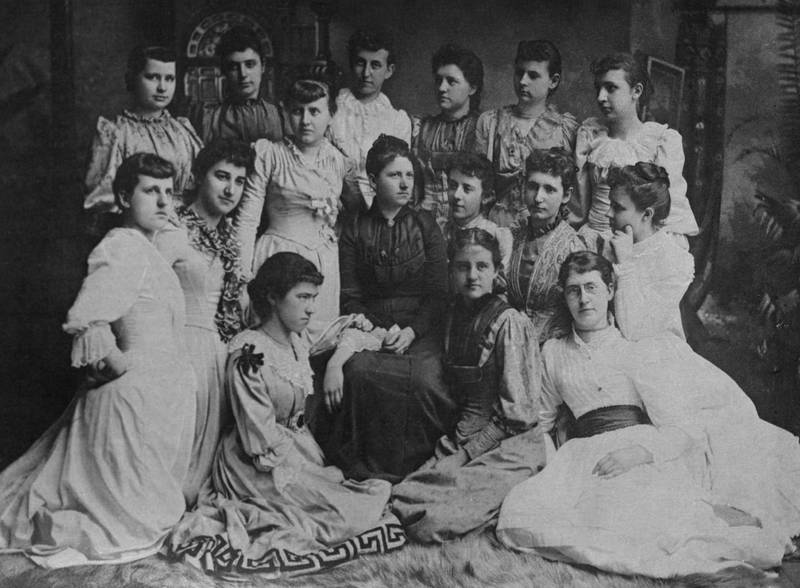 Fairly early in the college's history, tennis was popular among both the male and female students at the College of Wooster.   Lawn tennis was mentioned as part of the student field days in the spring of 1883.  By 1885, the Index lists a Lawn Tennis Team for the men, and they hold a match against Kenyon by June of 1991.   Lawn Tennis Courts on campus were built and maintained by the fraternities and sororities.

By 1892, the Index lists Tennis Fraternity Teams for both men and women.  Each fraternity provided a team to play agains the others.  The women maintained two fraternities during that time: Kappa Kappa Gama and Kappa Alpha Theta.  The teams, but no results, were listed for both organizations.  Kappa Alpha Theta would have drawn their team from the women pictured on the right. 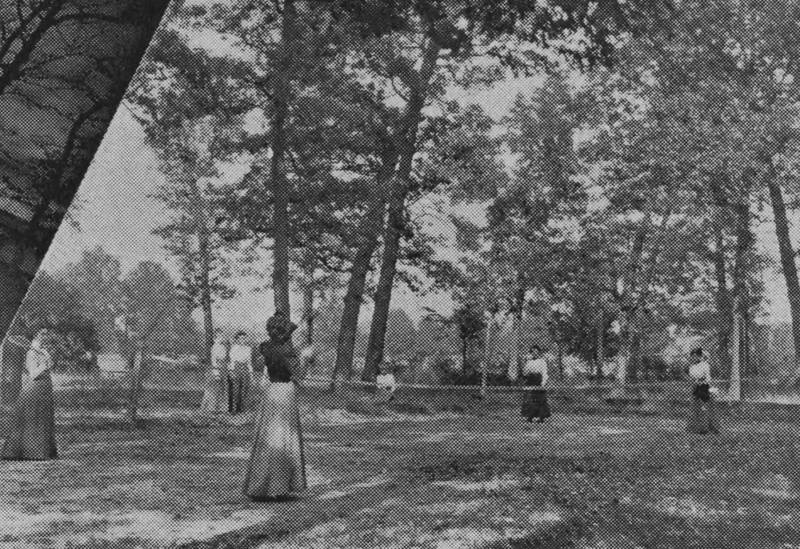 Women continued to play tennis on campus throughout the early years of the twentieth century.  It was one of the most popular sports for women, and could be played in the cumbersome clothing that they wore during the early part of that decade.  Note that legs and arms were covered, long skirts were worn, and they also generally wore high collars. Tennis was an extremely social game and carried an air of refinement.  Men and women could play together, and the game did not have to take high energy.  The photo on the left is possibly the earlist action photo of women playing sport at the College of Wooster. 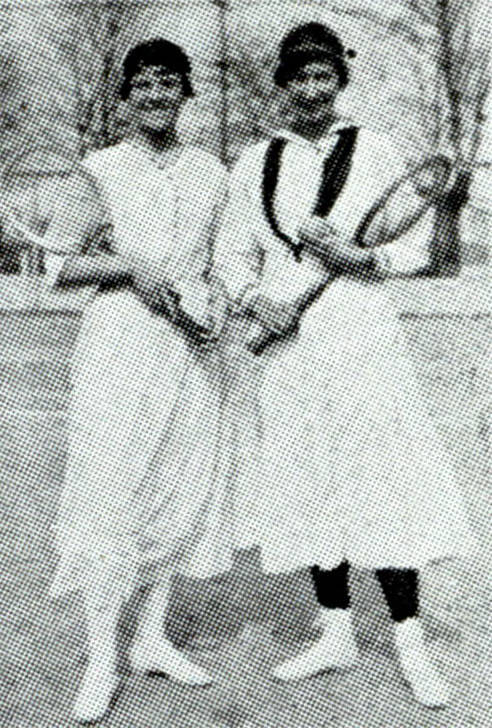 Sports for women during the 1920's were run by students for students and overseen by the Women's Physical Education Department.  The first Athletic Council was pictured in the 1920 Index and consisted of six women who were responsible for the six sports offered to the Wooster women during this era: hockey, track, hiking, basketball, swimming and tennis.  Of these sports, the team sports were seen as major sports and the other four individual sports were seen as minor sports.

Each member of the Athletic Council served as the overall manager for one of the sports, and under that manager were four managers representing each of the class years.  That manager's job was to organize tryouts and practices for her sport. For tennis, women played in a tournament format.  This photo shows freshman Katie Parsons (left) and senior Frannie Wright (rt), who competed in the final tennis championship of the year, with Parsons being declared the champion.  Tournaments continued to be the major form of competition for women's tennis well into the 1940's. 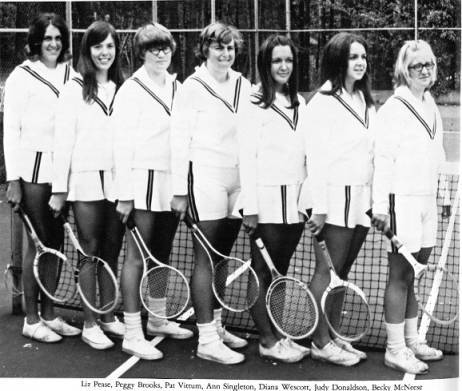 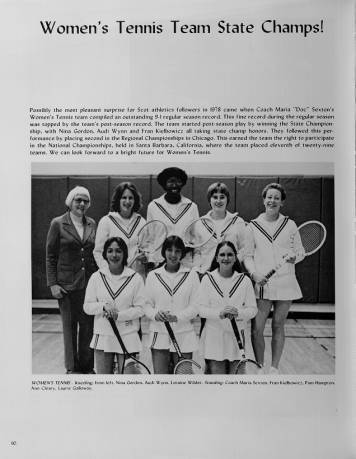 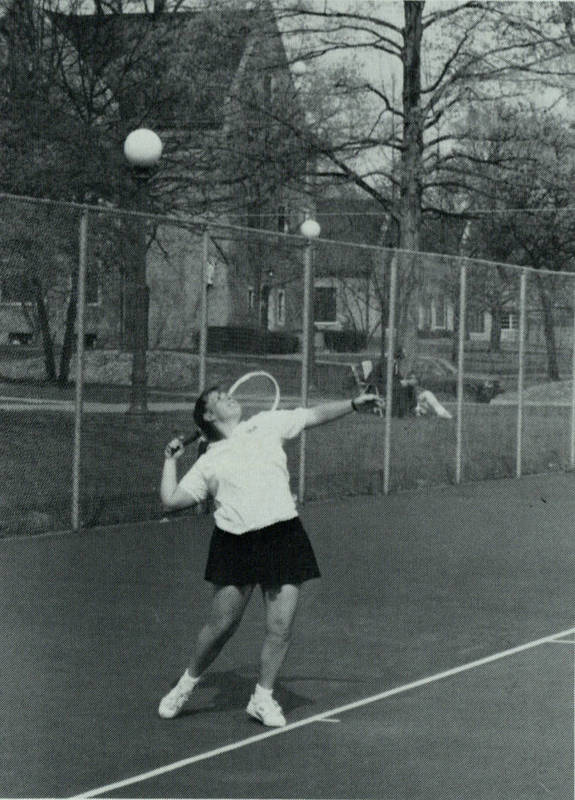