The sport of swimming slowly developed during the nineteenth century. The leisure activity became popular once key issues were resolved, including access to safe and clean water, appropriate water depth conditions, and “scandalous” swimming attire. Nonetheless many people learned to swim in the ocean. Competitive swimming became popular around 1870. However, women were scrutinized for participating in the recreational activity. The first “National” collegiate championship was organized as part of the Amateur Athletic Union (AAU) Championships at the Sportsmen’s Show around 1898. Around two decades later, the world’s first swimming association formed in 1908 as the International Amateur Swimming Federation.

Swimming was held in open water at the first three Olympics in 1896, 1900, and 1904. In 1912, swimming became part of the summer Olympics. Men swam three main swimming styles: freestyle, backstroke, and breaststroke. On the other hand, women could only swim the freestyle. The first American women swimming gold medal was won by Ethelda Bleibtrey in 1920, showing the improvement of swimming as a woman's sport in the United States. Women swimmers of the U.S. would compete as young as 16 years old then increased to the age of 19 during the late twentieth century, and the age falls between both in present time. 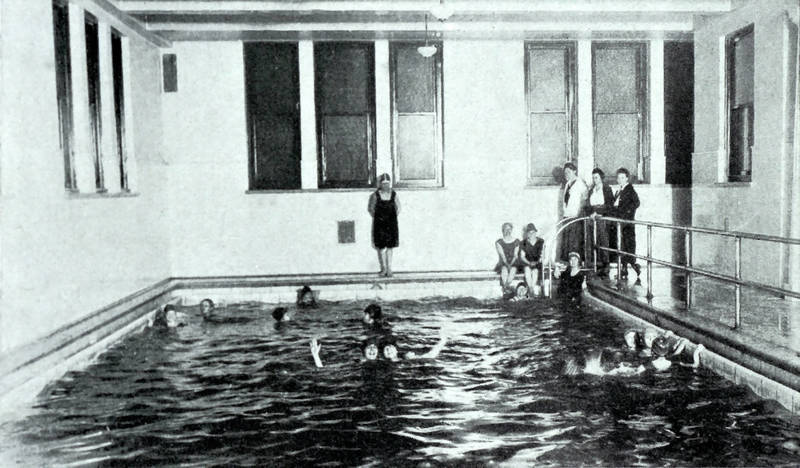 Severance Gym established the sport of swimming at The College of Wooster around 1912. The pool was built in the lower level of the building and was 50 by 25 feet, with a depth of four to eight feet (from one end to the other). In the same year, the College hired the first two Directors of Physical Education for Men and Women between. Emery Bauer and Miss Berenice Wikoff both arrived from Ohio State University for the 1912-1913 academic year, and they would oversee separate programs for the men and women.

There were no collegiate championships for women around 1916. Competitions among teams of female athletes were forbidden by the rules of most high school and college athletic associations. Women swimmers did have opportunities to compete in progressive AAU associations. The AAU recognized swimming as a national championship for women, which was the first sport to be recognized. Female students participated on a voluntarily basis during the late nineteenth century at The College of Wooster. As time progressed, women were eventually required to take a swimming class in order to graduate. 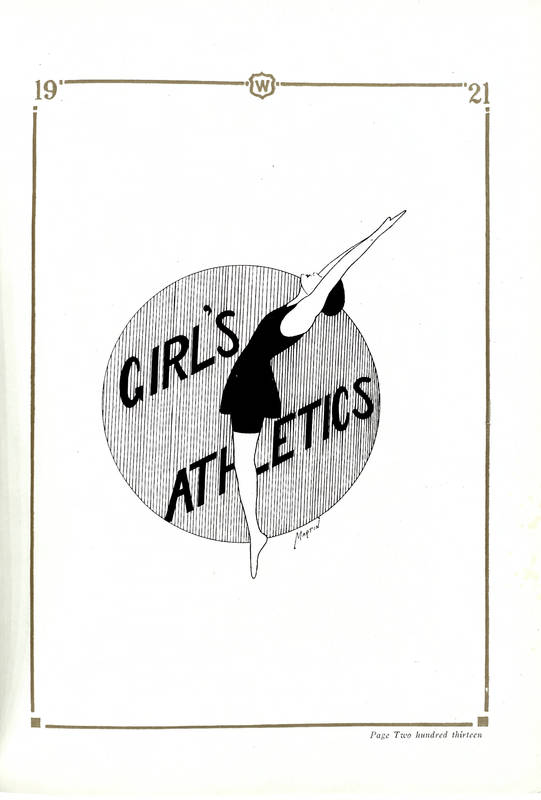 The 1912 Olympic Games in Stockholm rendered the first time women participated in competitive swimming, which accelerated the popularity of women joining the sport. The early twentieth century is the time where swimming is transitioning from recreation activity to a sport, but takes place at a later time for women. Women’s races were held in the 100 m freestyle and the 100m freestyle relay. This was the first time women were allowed to compete in the history of swimming. Nevertheless, competitions among teams of female athletes were frowned upon by the rules of most high school and college athletic associations as it continued to develop prior to 1918. Swimming was first introduced to the Olympic games in 1896 for men only. Male swimmers wore cloth, one-piece body suits at the London Olympic games in 1908 and was standard up until the 1940’s. However, male swimmers introduced sleeker versions of a swimsuit suit such as speedos at the Stockholm Olympics. For women, swimmers wore full-body suits made out of cloth. The Paris Olympics in 1924 debuted women in similar “costumes” that had no sleeves, flared out at the waist, and covered the upper portion of the thigh. The style of the suit gradually changed as it was used less. Racerback suits were both used in the 1930’s, which allowed for better arm and back movement. The greatest modernization in swimwear was the use of Nylon, in which swimsuits are still made out of today. Swimsuit alterations ultimately helped swimmers reduce seconds on the clock. 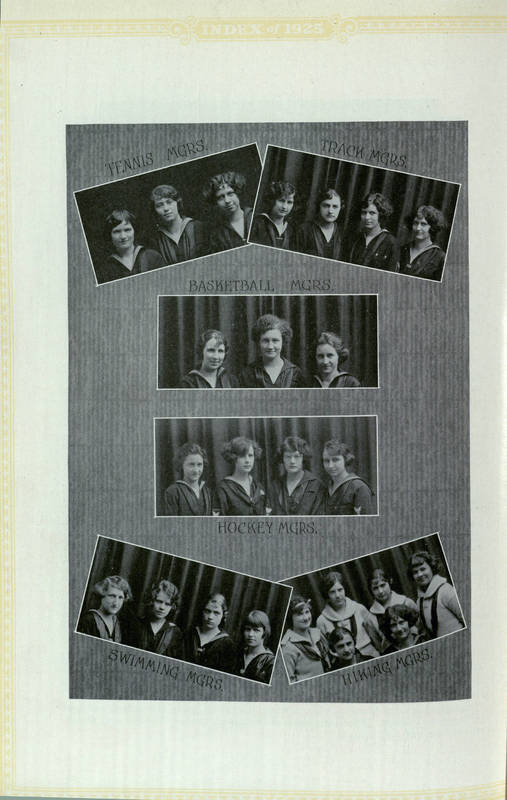 The 1920’s was considered the “Golden Age” of swimming although women were encouraged to play more lady like sports. Kathleen Lowrie served as Chair of the Department of Women’s Physical Education from 1921 until 1953. She was responsible for building a strong program in sports at Wooster and was also held responsible for developing the Women’s Athletic Association. The Athletic Council was overseen by Ruth Hunt Conrow, the Instructor of Physical Education for Women. The Athletic Council and the “Big Six” organized Wooster women’s sports. One of six sports were sponsored by a group of students and helped by staff member. The six women individually managed a sport, including hiking, hockey, swimming, tennis, track, and basketball. Each woman oversaw four class managers for that sport or activity. In turn, the class manager would run practices and organize the team for their class. This is the first time a student group was in charge of running an organized program of recreational athletic activities for women sport. The Big Six and the Women's Athletic Association flourished from this group of women because they managed and advocated for the six sports.

The group of women represented progress as they took more initiative to participate in sports while showcasing their athletic skill and ability. Between 1929-1930, The Girl’s Athletic Association (later known as the Women’s Athletic Association) was formed for girls interested in athletics. Kathleen Lowrie was given a coaching staff to help her run the G.A.A. This coachingnstaff consisted of three women: Miss Dillon, Miss Ross, and Miss Avery who helped coordinate the intramural program and a tivities. The sports offered included tennis, deck tennis, hockey, swimming, volleyball, hiking, archery, golf, basketball, track, and most importantly, live-saving. In swimming, the women’s team and individual swimmers would compete against each class tomake their mark in championship history at The College of Wooster. Women Seniors won the swimming meet when they defeated the Sophomores by one point in the finals. The women’s Sophomore swimming team won the inter-class sports championship in 1931 with a big lead over the other participants while demonstrating their athletic talent. 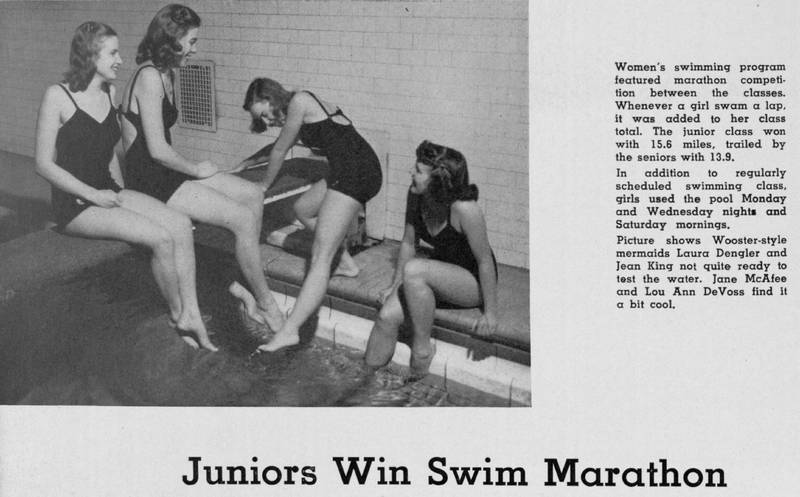 In 1947, women’s Athletic Association sponsored swimming as a recreational activity for both men and women. In the 1947-48 school year, Women’s swimming program featured a marathon competition between the classes. Whenever a girl swam a lap, a point was added to the total amount of her class. The four Wooster Juniors pictured above, won with 15.6 miles, followed by the seniors with 13.9. In addition to regularly scheduled swimming classes, Wooster girls used the pool Monday and Wednesday nights and Saturday mornings. The following year, the W.A.A. Swimming Club was one of the most popular divisions of the W.A.A., sponsoring free swims in the college pool and classes in lifesaving and water safety.

In the mid-1900, Dr. Maria Sexton became the Chair of Department of the Wooster Women’s Physical Education Program.  At that time, a variety of activities were provided as required freshman and sophomore courses, opportunities to learn, improve and enjoy motor skills, including golf, hockey, soccer, life-saving, tennis, badminton, volleyball, basketball, modern dance, co-ed folk dance, and of course swimming. In 1955 The intramural swimming meet was renewed, and competition was great in all events. Relays, freestyles, and flutter board kick were all ran off in three heats under the direction of the physical education majors. In the picture above, Anita Rodriguez dives in the Severance swimming pool during a Wooster women’s intramural swimming meet 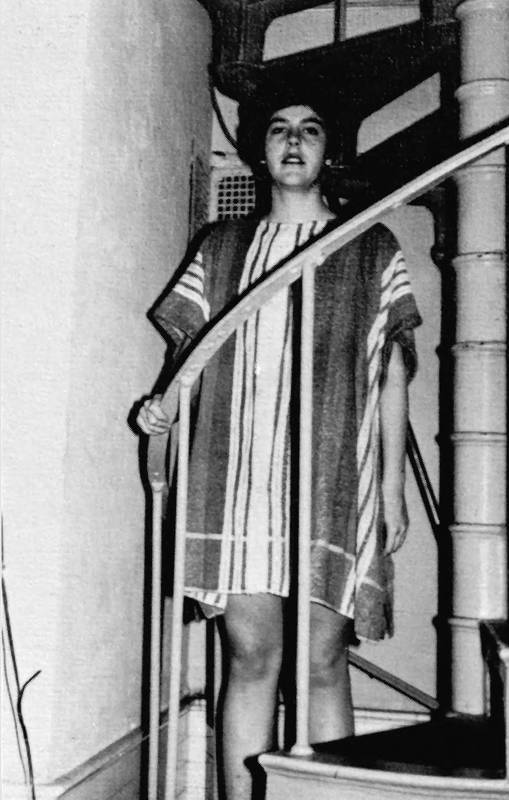 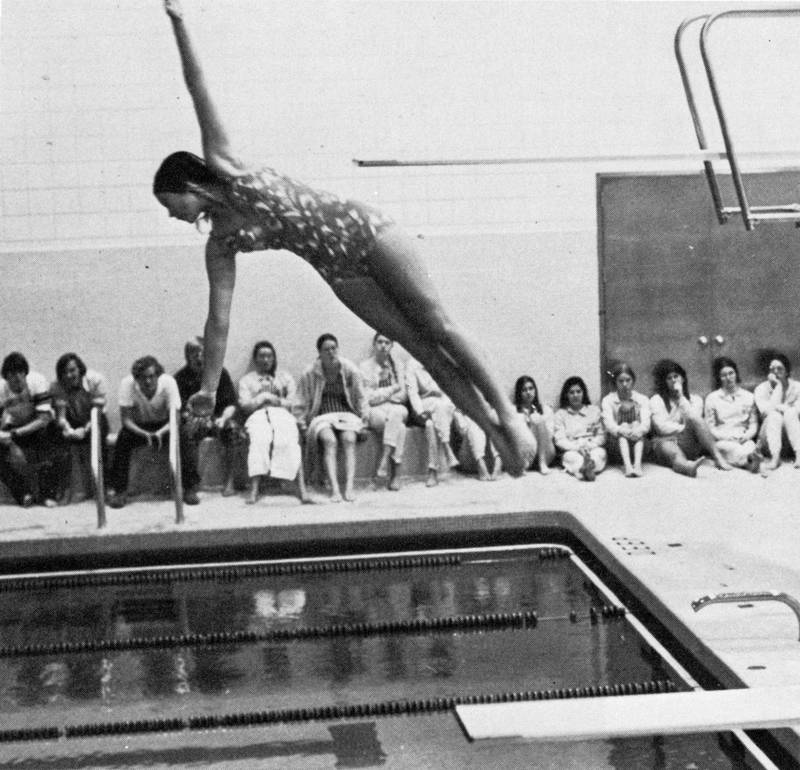 In 1972, title IX was passed. A part in Title IX mentions “No person in the United States shall, on the basis of sex, be excluded from participation in, be denied the benefits of, or be subjected to discrimination under any education program or activity receiving Federal financial assistance.”, which had a significant impact on women in sports across the U.S. In 1973, the first season for women’s swimming as a varsity program happened. Nan Nichols became the first head coach for swimming and basketball at Wooster for the women, and she taught swimming courses in the physical education department. Women’s swimming would have their season in the Fall while men swam in the winter. The NCAA created Division III. 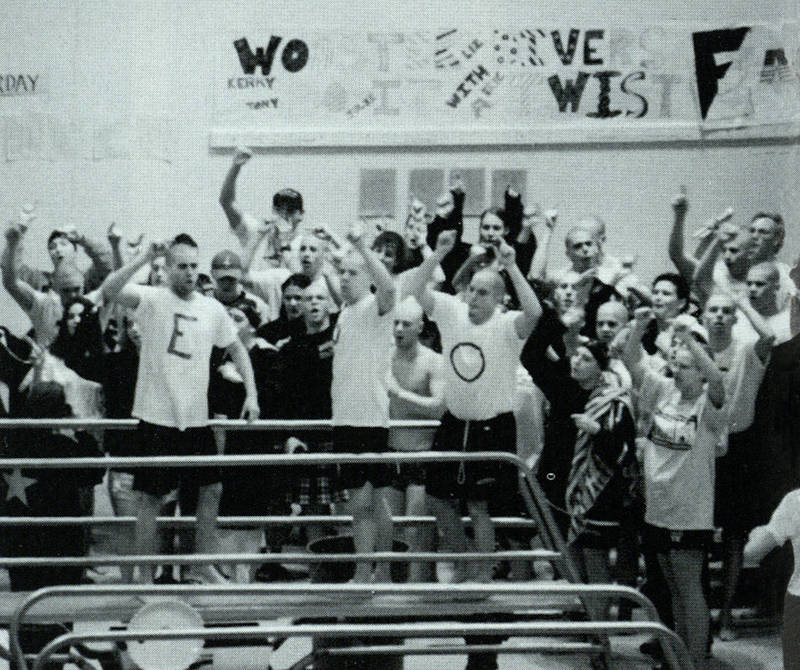 In 1994,Coach Ken Plusquellec and a Dean at The College of Wooster assisted the swimming program for a number of years. Liz Helstein, stand-out student athlete,became the first diver, male or female, in the NCAC to capture first-place inall four years on the same board, 100 meters, at a NCAC Swimming & Diving Championships. In 1998, Women’s Wooster swimming team finished 3rd in the NCAC and 11th at Nationals. That same year, Ellen Hunter broke the 100 breast school record, she still obtains the school record today with an amazing time of 1:05.81.