Know as football in most other countries around the world, soccer had a much later start with men and women in the United States.  An extremely popular sport abroad, soccer was slowly integrated into the sporting culture here, especially at the collegiate level.  It was not until the 1950's that soccer became an intramural sport at many women's colleges and high schools, and the first varisty women's team was not formed until 1977 by Brown University.  By 1980, the very first national championship was won by the State University of New York at Cortland.  Subsequently, the grass roots soccer movements of the 1980's and 90's rapidly turned soccer into one of the fastest growing team sports in the country. It is now one of the most popular team sports for women at the collegiate and club level.   The National Women's Team is a perenial World Cup and Olympic power, having won the very first Olympic Gold Medal in the sport in 1996, as well as the most recent Women's World Cup Championship in 2015. 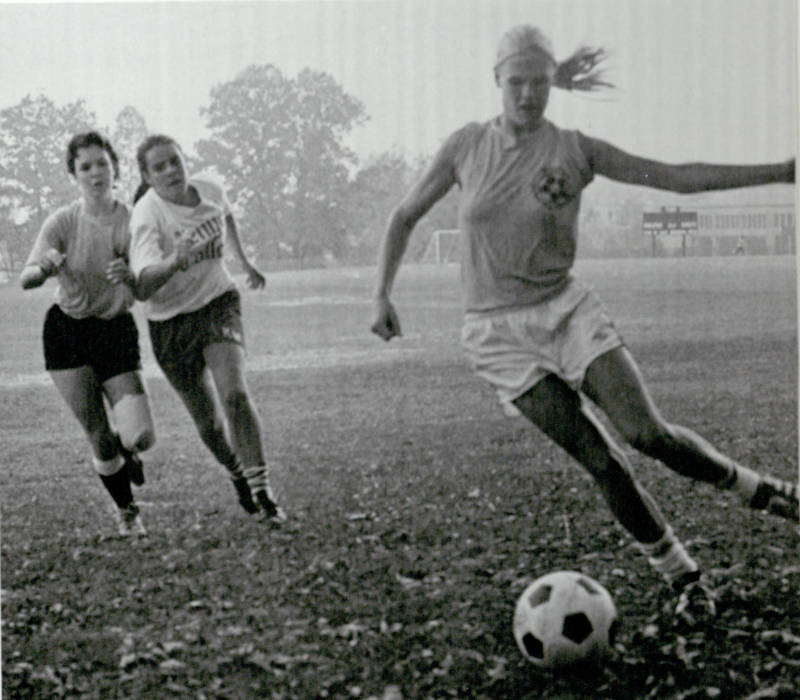 While men's soccer at Woostert made several attempts to form club teams in 1914-16 and again in 1933-35, their program really did not get started until 1960.  The men's team finally moved from a club to its current varsity status in 1963.  While there was a mention of Wooster women also playing soccer in 1916, the sport does not appear again until 1952 when it was mentioned in the Index that the women played a soccer game against another team.  By this point, soccer was part of the physical education curriculum for the women.   Women's soccer disappeared again until the early 1980's, when the first club team was formed. 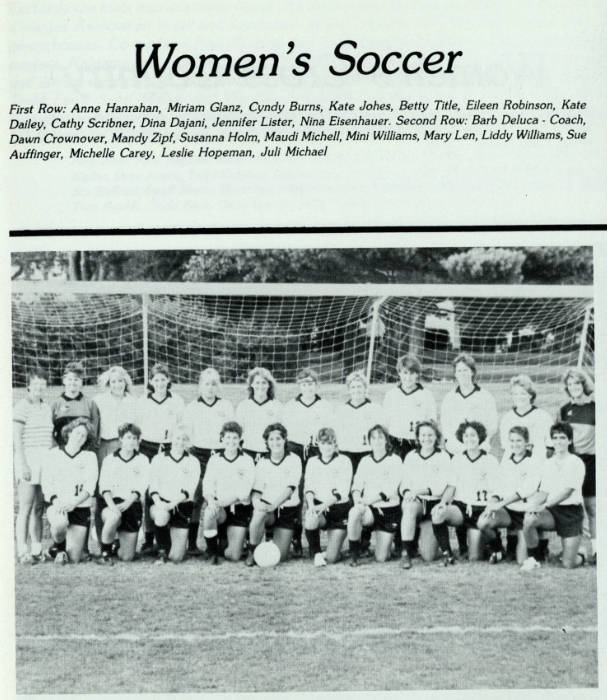 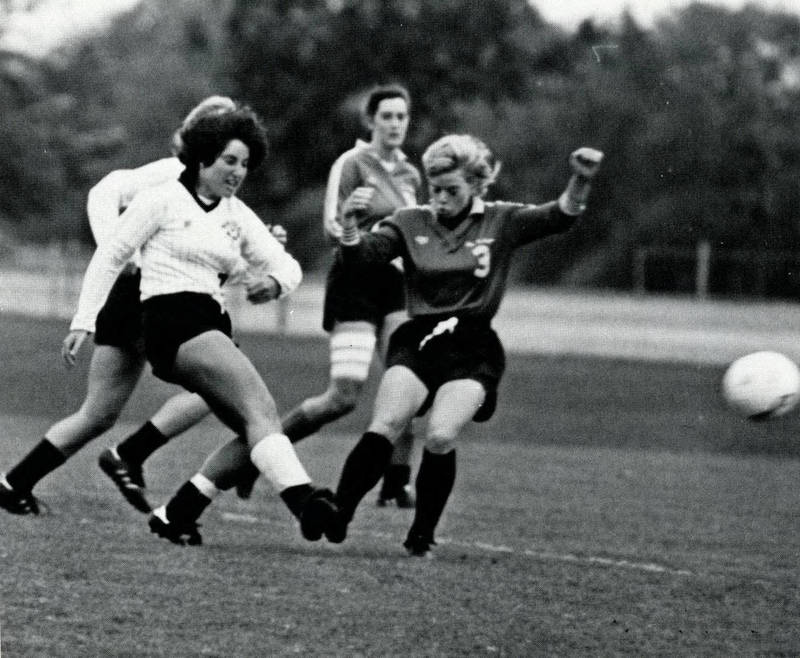 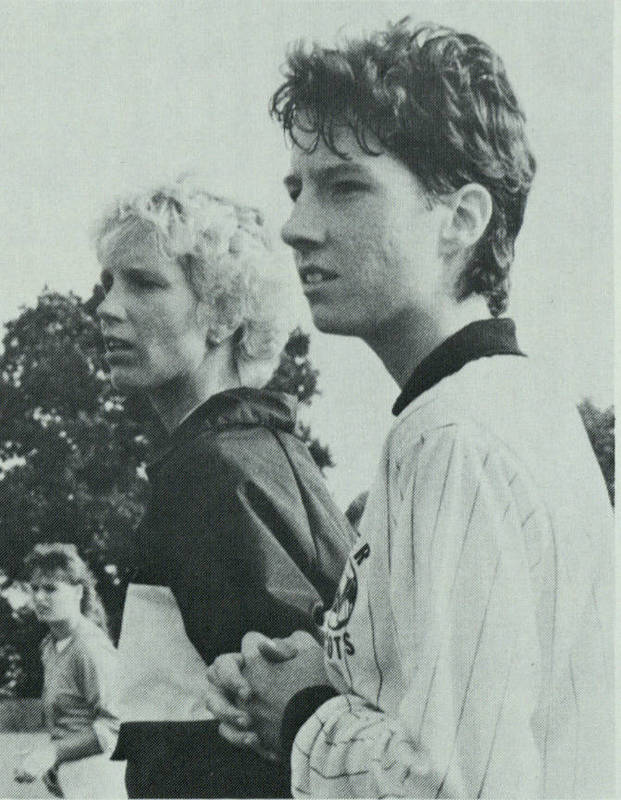 Kathleen Dolan and Coach Jackie Roth on the Sideline, 1987-88 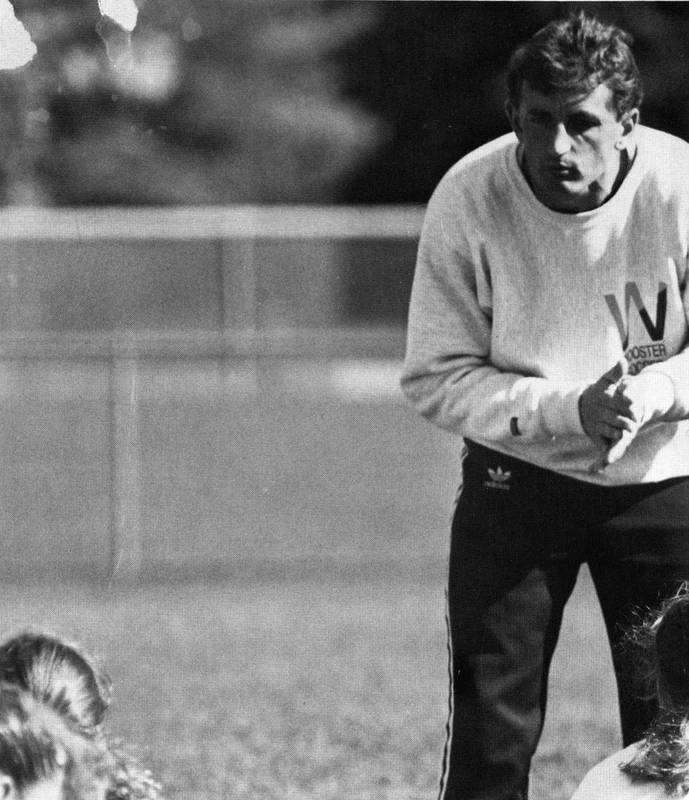 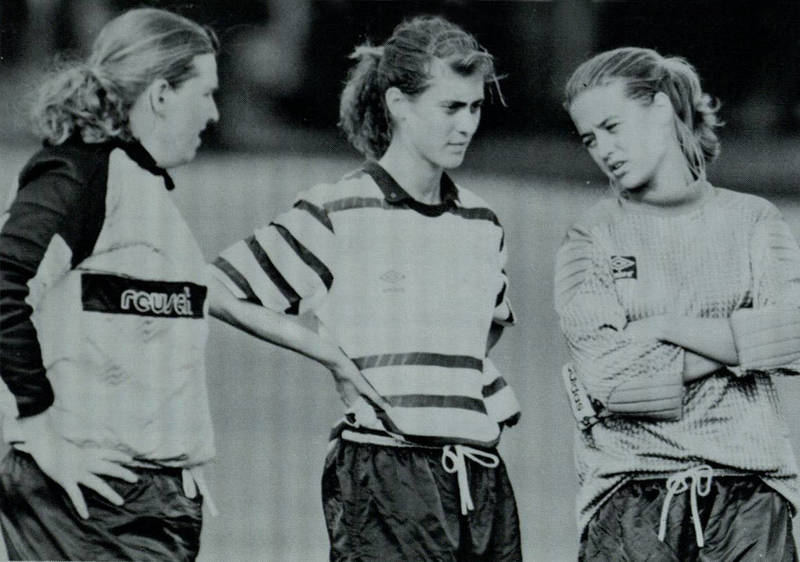 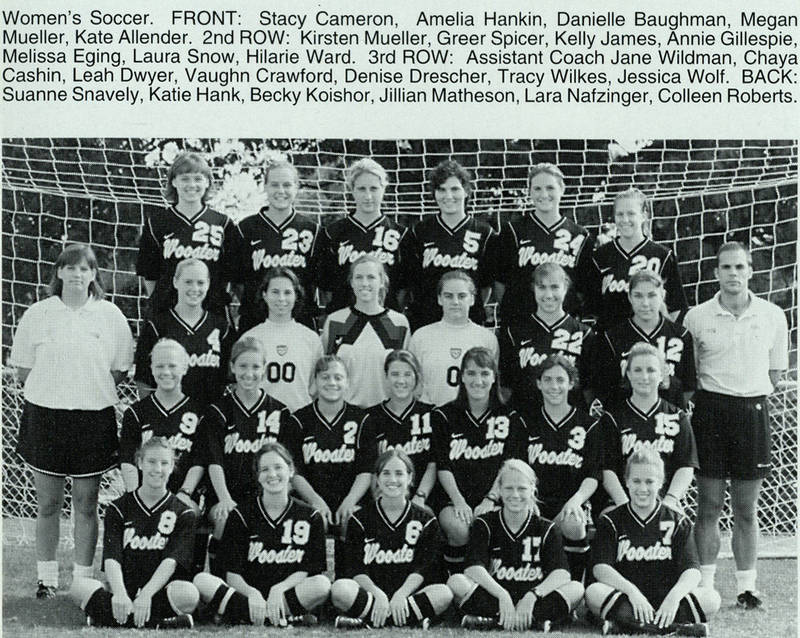