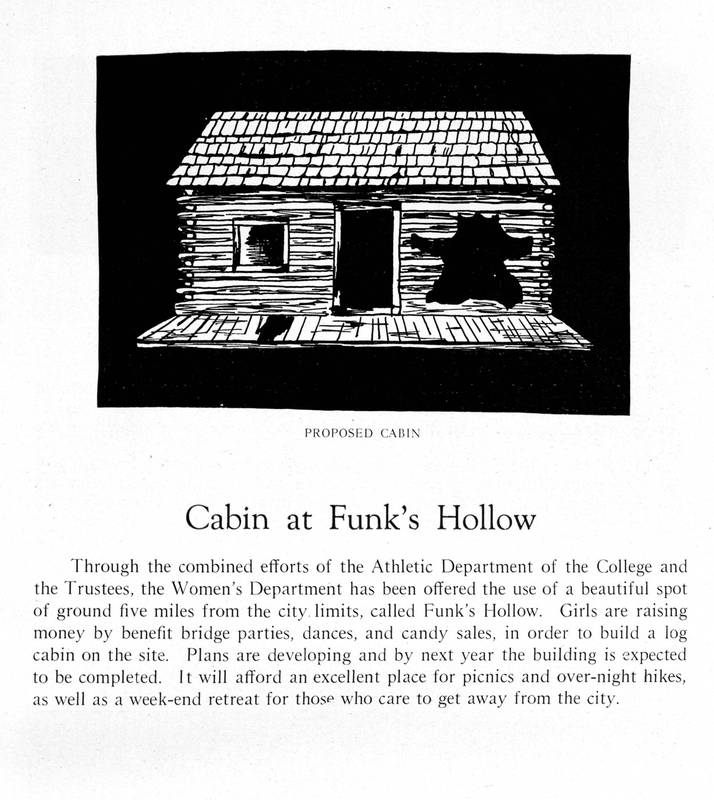 The Women's Athletic Association Cabin was an important part of the organization for a number of decades. The first reference to the cabin can be found in the 1931 Index. There is a drawing of a very rustic log cabin with the caption Cabin at Funk's Hollow. Through help from the athletic department and trustees, W.A.A. obtained a piece of land in Funk's Hollow to build a cabin. The location for the cabin was to be approximately five miles from the city limits and to the west. While the organization did not own the land, they were given the opportunity to use it to build the cabin. The cabin was to be used for picnics and overnights, as well as for weekend retreats.

Over the next four years, there are several references in the Index to attempts by the women to raise the money for this project. By 1933, they had decided that $1000 would allow them to build a "cozy two-room cabin with a huge fireplace and two or three bunks for overnight hikers." The group raised money for the cabin through selling programs and sandwiches at football games, giving benefit teas, and selling "logs" to sympathetic friends. At that point they had raised $760 and hoped that would allow them to have the cabin built that summer.

The women felt the cabin would be of great use for the girls to be able to get off campus to enjoy the out-of-doors through winter tramps, roasting marshmallows, camping on weekends, gazing at the stars, having a place for parties, and popping corn to the music of an old victrola. Unfortunately, their plans were delayed several more years until, at long last, the cabin was completed during the summer of 1935. It was described as a ten minute walk over rugged roads, with a stream running by the front door. 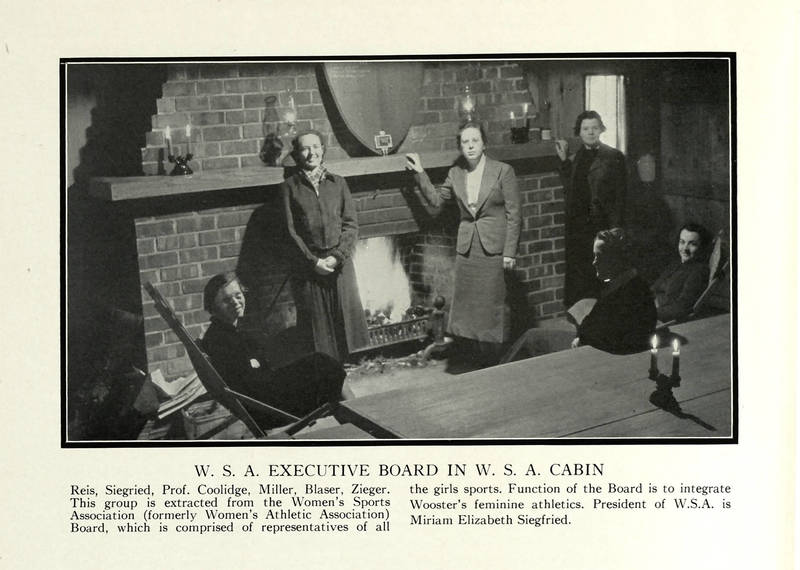 The cabin served as a gathering place for the Women's Athletic Association for a number of years. They used it for retreats, planning sessions, outings, and parties. In addition, the cabin became a major part of functions and events by the women's social clubs, with numerous references to it in the sections dedicated to the women's social clubs in the yearbook.

Above the fireplace in the main room, W.A.A. maintained a plaque that held the names of the women selected to the Senior Honorary Club for their exceptional character, service, ability, and sportsmanship. This honor replaced the former awards system of letters, sweaters, and cups based on points for participation in W.A.A. sponsored events and activities. 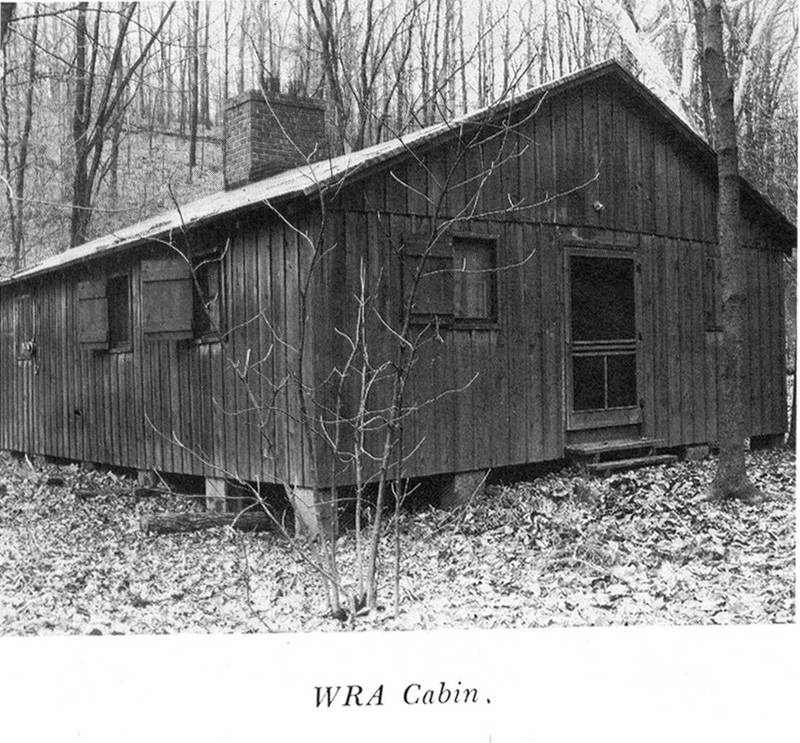 The 1952 Index notes that the cabin was still available to the girls for slumber parties and co-ed cook-outs. The cabin did not have any central heating or electricity, but was well equipped with kitchen utensils, dishes and sleeping bags. "Kerosene lamps, water luggd from the near by filling station, and a huge outdoor fireplace add to the rustic atmosphere." (p. 153). By 1956, there is a reference to the cabin being open to the campus for parties and overnights, and that electricity was going to be installed soon. By 1962, the big project for the Women's Recreation Association (formerly W.A.A.) was noted to be building a bunkhouse on their cabin. That is the last reference to the cabin in the yearbooks.

Sometime in the 1960's, the owner of the land where the cabin was built passed away. At that point, W.A.A. lost access to the cabin because the organization did not own that property. It is unclear what happened to the cabin after it was lost.