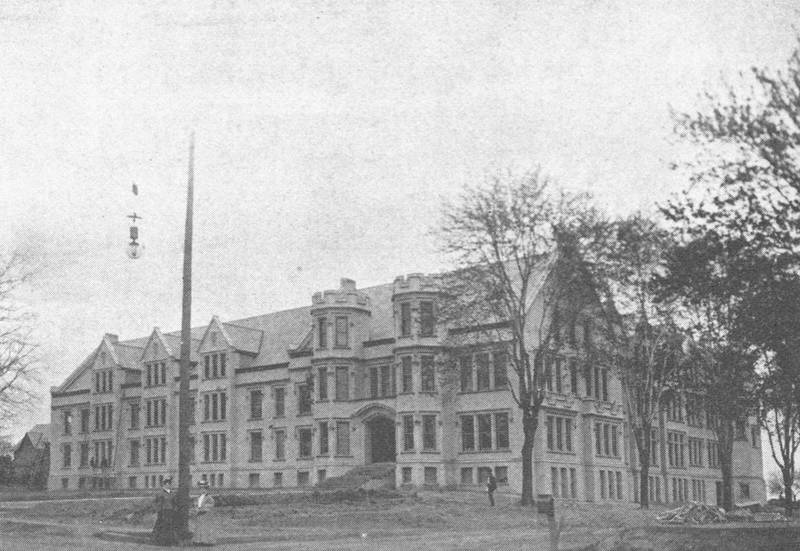 In 1907, Holden Hall became the second dormitory on campus built for women. It was named for Dr. Louis Holden, the fourth President of the College, and had a capacity for 100 women. The dormitory was completed at a cost of $60,000 and furnished for $40,000. Over half the sum was provided by Mr. L. H. Severance.

During this period of time, there were no women listed as Director’s of Ladies Gymnasium or Instructor’s of Calisthenics in either the Index or the College Catalogue. Lynn St. John served as the Director of Athletics through most of these years, and it is noted that he did teach women’s basketball. The women continued to have class basketball teams during much of this time.

Holden Hall continues to function as a dormitory on campus.