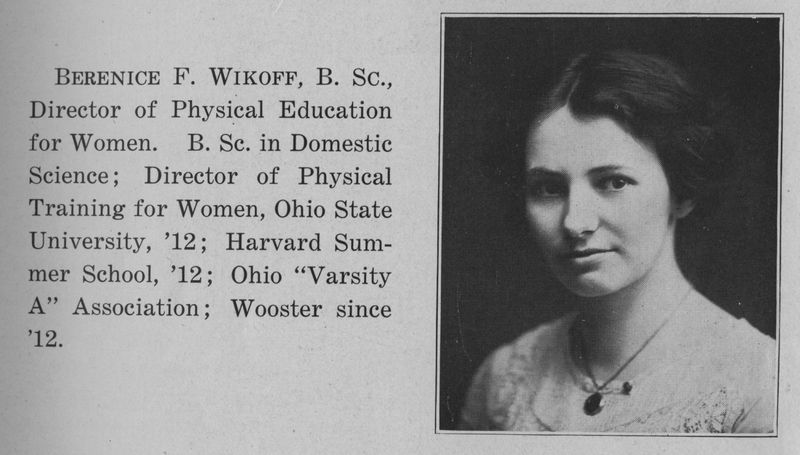 Following completion of Severance Gymnasium in 1911, Berenice Wikoff was hired as the very first Director of Physical Education for Women at Wooster in 1912.

Berenice Floy Wikoff was born in Thornville, Ohio on April 14, 1889 .  She was the daughter of William Meredith and Catherine Alwide Wikoff.  Wikoff went to high school in Columbus from 1904 to 1908.  She then attended the Ohio State University from 1908 to 1912, graduating with a Bachelor of Science in Domestic Science.  The Index also lists her as belonging to the Ohio "Varisty A" Association.  While at Ohio State University, she served as a Basketball Coach and Gymnasium teacher at Godman Guild in Columbus, Ohio in 1910.

In addition, Wikoff attended the Harvard Summer School in 1912, 1913, and 1914, graduating with a degree in Physical Training, Theory, and Practice.  The Harvard Summer School was a very prestigious physical education program established and taught by Dr. Dudley Sargent.  Sargent was also known for founding the Sargent School of Physical Education in Cambridge in 1881, a program for training teachers of physical education.  Dr. Sargent challenged the Victorian tradition of females being prone to fainting, and he encouraged freedom of dress and vigorous activities for girls and women. 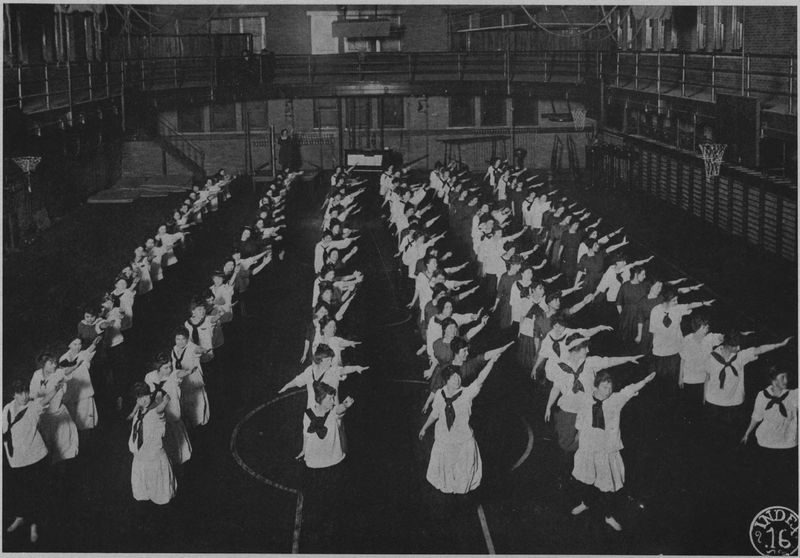 Once Berenice Wikoff and Emery Bauer arrived as the Directors of Physical Education for Women and Men in 1912, Women's Physical Education at the college officially began.  Both Bauer and Wikoff stated a culture of gymnasium aides, and the First Annual Exhibition of Class Work was held in April of 1913.   The cirriculum for the women generally consisted of calisthetics, dumb-bell exercises, Swedish exercise, folk dancing, wand exercises, basketball, barn dancing, Indian clubs, lawn tennis, and Russian folk dance.  Eventually, three Exhibitions would be given a year: one for men, one for women, and one joint exhibition.  Women could earn letters for their work as gym aides, and on at least one occassion, were awarded their "W" following a Gym Exhibition by the president of the university.

Interestingly, the moto listed for the women: "More Athletics for Girls, More Girls for Athletics," is reflective of the mantra women physical educators would put forth for the next forty years:  "A Sport for Every Girl, A Girl For Every Sport."  It speaks to the desire to have a broad based program of athletics for women with broad based participation. 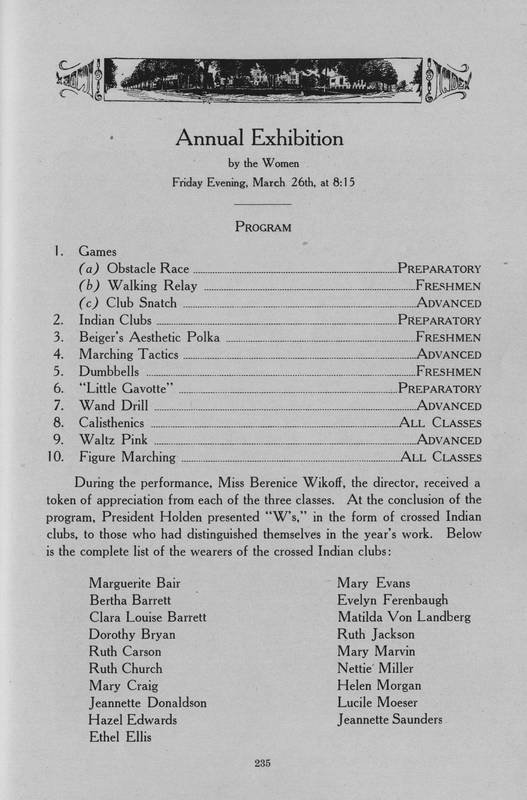 While at Wooster, Wikoff also served as an assistant in the Chemistry Department.  Both Berenice and Emery Bauer would leave the college by 1918.  She would eventually marry Ray Berlin Hugus and raise a family on the Hugus Fruit Farm in Rushville, Ohio. She grew fruit and raised poultry in the 1920's, along with raising four boys.  In 1927, she went back to teaching at a school in southern Ohio.  By 1940, Ray took a job with the Rural Electric Administration in Minnesota.  They both returned to the Rushville Farm in 1942, where they started a Jersey herd and renovated the apple orchard.  All four of their sons (Robert, Dale, Russell, and Harold) served in WWII.

Berenice died on December 7, 1974 and was burried in the Rushville Pleasant Hill Cemetery.