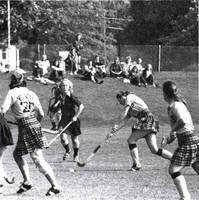 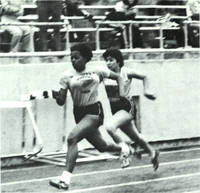 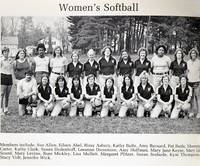 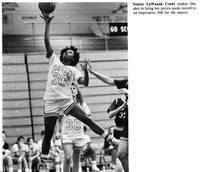 Several times in the proceeding decade, the male led National Collegiate Athletics Association (NCAA) had made an attempt to either dilute Title IX or to have sports eliminated from under its protection. In 1980, the NCAA voted instead to sponsor women's sports, putting it at odds with the women led Association for Intercollegiate Athletic for Women (AIAW). Championships were offered by both the NCAA and the AIAW during the 1981-1982 academic year. This brought on a battle between the AIAW and the NCAA as to who would control women's athletics at the collegiate level, and ultimately lead to a fight in the courts.  In the end, the AIAW lost their lawsuit against the NCAA, as well as control over women's intercollegiate athletics,  and the women's organization folded for good in June of 1983.

Men ran their athletic programs very differently from the women, with most colleges competing via conference play before going on to the NCAA National Tournament. As a result, the women's programs began to move toward conference play around the time of the NCAA take-over.  At Wooster, women were part of two conferences formed in the 1980's.  The first, the Centenial Athletic Conference, was a women's conference that opperated from 1982 to 1984.  It was later followed by the North Coast Athletic Conference in 1984, the first conferenced formed with men and women together. Wooster has continued to compete in that conference up to the present day.