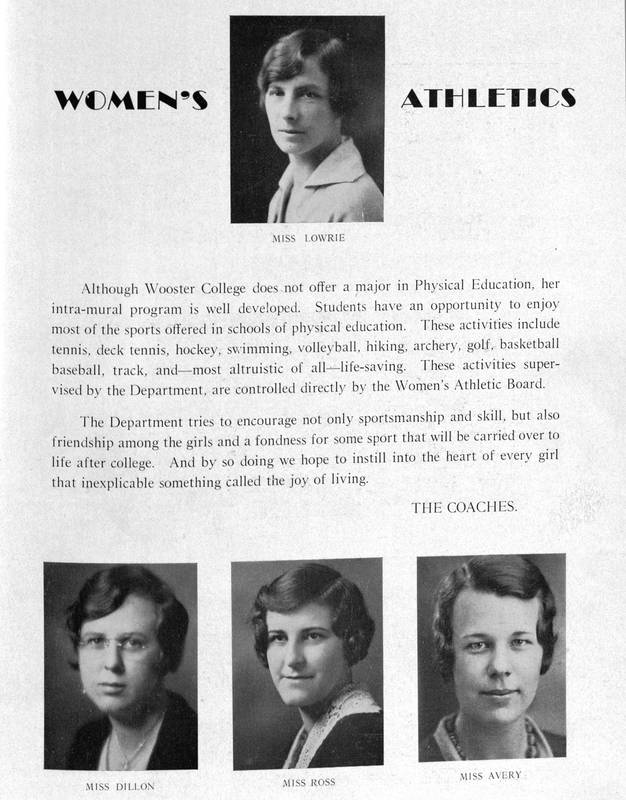 The decade of the 1930’s was a major turning point for female athletes. This time period was a more conservative time for America due to the effects of the Great Depression and this conservative theme was also evident in women’s sports. It was in the middle of the physical education age of recreational activities. During the academic year of 1929-1930, the Girl’s Athletic Association (later the Women’s Athletic Association) was a new organization created for girls interested in athletics.

This physical education organization was run under administrative head, Kathleen Lowrie, who had a significant influence on women’s athletics through the 1930’s. Lowrie was given a coaching staff to help her run the Girl’s Athletic Association, which then was renamed The Women’s Athletic Association (W.A.A.). This coaching staff consisted of three women: Miss Dillon, Miss Ross, and Miss Avery who helped coordinate the intramural program and activities. The sports offered included tennis, deck tennis, hockey, swimming, volleyball, hiking, archery, golf, basketball, track, and most importantly, live-saving. 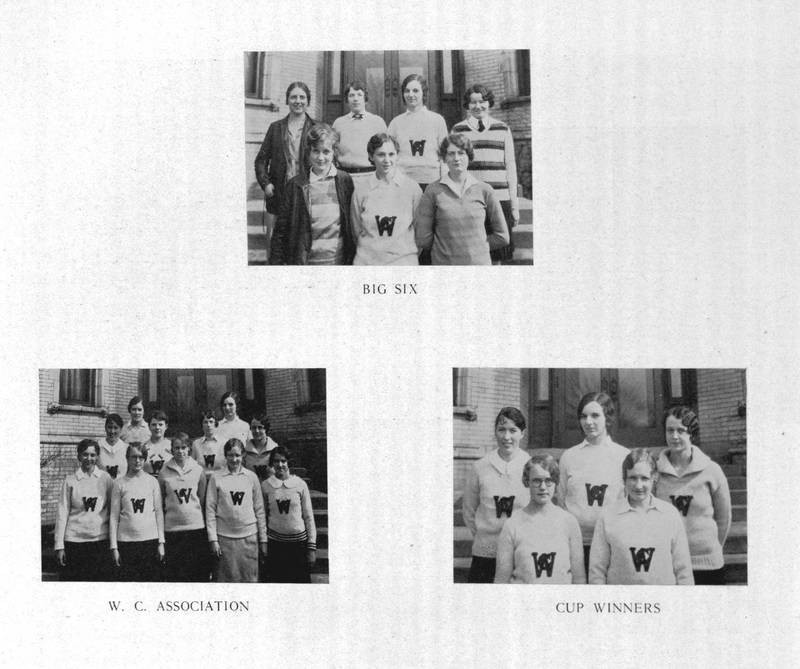 An important aspect of Women’s Sports in the 1930s was the Big Six Board which was responsible for regulating the various departments of girls' athletics on campus. Each member headed a major sport, urged her class managers to greater participation and activity as well as worked directly with the coaches on “keeping up the spirit.” Each class team had a manager and each member of the board was especially prominent in the activity or sport that she represented. During the 30s, The Big Six board mainly oversaw the six major sports of hockey, hiking, tennis, track, basketball, and swimming, as well as other activities it sponsors. 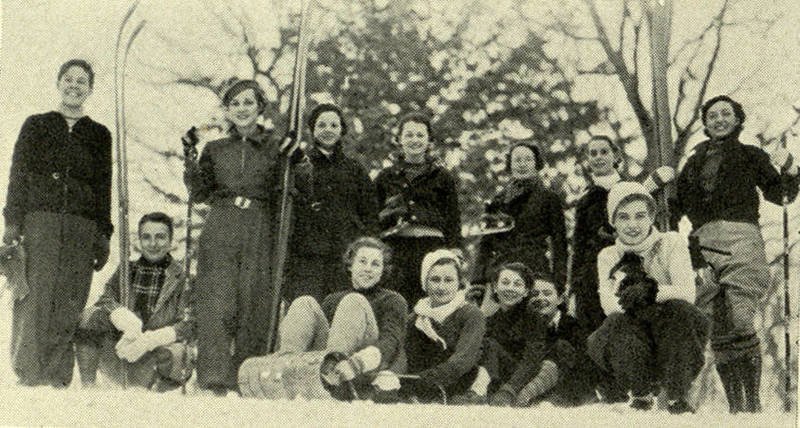 W.A.A. included all women at Wooster without any fees or requirements. Its purpose was to sponsor a sports program that catered to every need and taste. They organized and monitored events and tournaments throughout the year. Every sports team manager was a member of the W.A.A. board in addition to the officers and chairmen. All tournaments and intramural events were under their control. The W.A.A. served as the primary supplier of opportunities for women in athletics and recreation. 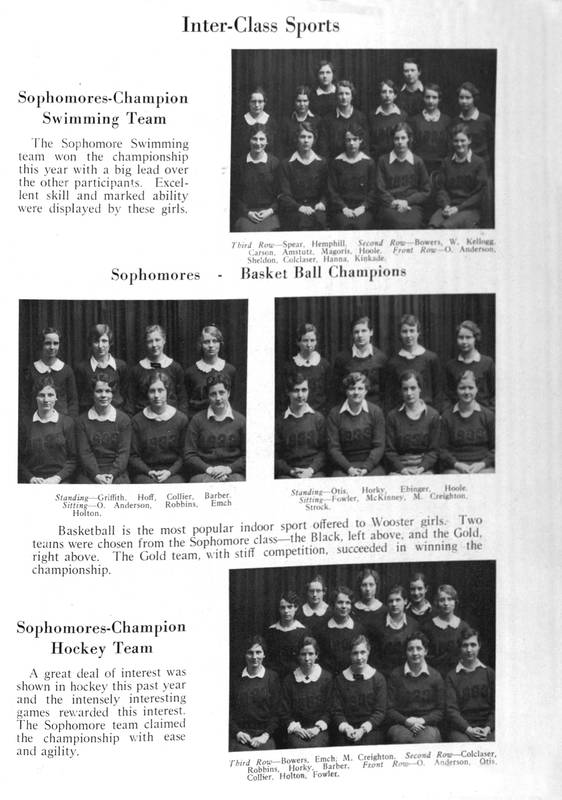 Interclass sports became very popular and served as a way for women to practice light exercise to improve health and bonding experience between the women participating. There was no outside competition against other schools with the exception of the occasional All-Star Team playing another school. Strenuous activity and intense competition was frowned upon when it came to female athletes because it was insisted that this type of activity would disfigure a woman and they would become unappealing to men for having female athletic “mannishness”.

Inter-class sports helped alleviate this criticism of women by giving them the ability to display their beauty and athleticism without too intense of a workout. Individual sports became increasingly popular at this time as well because the athletes were able to perform in a more “feminine” manner than in team sports. Because the purpose of women’s athletics was to socialize and participate in light activity together, the W.A.A needed a location for the purpose of running activities and socializing. The College gave the Women’s department a location to build a cabin called Funk’s Hollow, about five miles away from the college. This cabin was proposed in 1930 and completed in 1935.